As you’ve seen from my last post, I’ve been juicing, cooking, and baking up a storm because of the ridiculous amounts of apples I have on hand these days. Everyone has an apple tree in their backyard so it’s been fun to eat different varieties of apples. So right before I was about to start my 5-day cleanse program for fall, my grandparents called and asked me to help them pick some apples from their tree. I brought home almost 25 pounds of apples and was a bit lost as in what to do with them, since I won’t be able to eat anything for days! Anyway, I made a couple pitchers of mulled apple cider, baked my favorite apple empanadas (and gave them all away), experimented with making apple jelly, and put away tons of apple sauce in the freezer. And shockingly, I did not take a single bite and cheat during the cleanse! That will power and determination sort of came out of nowhere…very strange but rather proud of myself.

After reading a list of best apple cider doughnuts in NYC, I too, started reminiscing on those delicious cakey goodness I had at the Union Square Greenmarket earlier this February. So I quickly looked up some recipes and contemplated between frying or baking. While I am all about “doughnuts should be fried”, I thought long and hard about the purpose of the juice cleanse…Deep fried food…too soon? If I want to reintroduce bad things like caloric desserts (but OH-SO-GOOD), I should probably do that gently by starting with some baked goods. And next week I’ll probably jump off the deep end into a pile of cream cheese frosting and scoops of maple bourbon ice cream (with crispy bacon bits.)

This recipe from The Sweet Life was easy to make, and I already had everything on hand! These baked goodies have the consistency of quick bread and muffin but slightly more cake-like and fluffier. They are great as breakfast or snack. I used mulled apple cider but you can also use fresh apple cider, which is just freshly pressed and unfiltered apple juice. Both will work out beautifully, though I think the apple flavor will be more dominant if using regular non-spiced cider. I doubled the ingredients to make a bigger batch to give away. I didn’t have enough maple syrup so I used a mixture of maple syrup-agave-honey. These three sweeteners can be substituted and replaced with each other without having to reduce or add to the amount needed in recipe.

Some notes from moi:

Don’t be greedy like i did (because the batter will totally puffed up!) or you’ll end up with muffin looking doughnuts with a well on one side.

if the icing is too thin, just wait until the first coat has hardened, and then dip them in the glaze again for a thicker coat.

And yes, while fried doughnuts easily trump baked doughnuts, these little bites of Fall will surely brighten up anyone’s day! 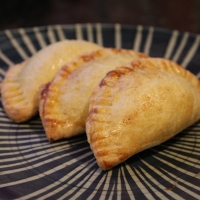 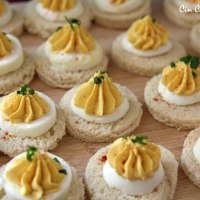 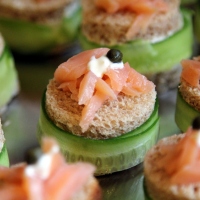