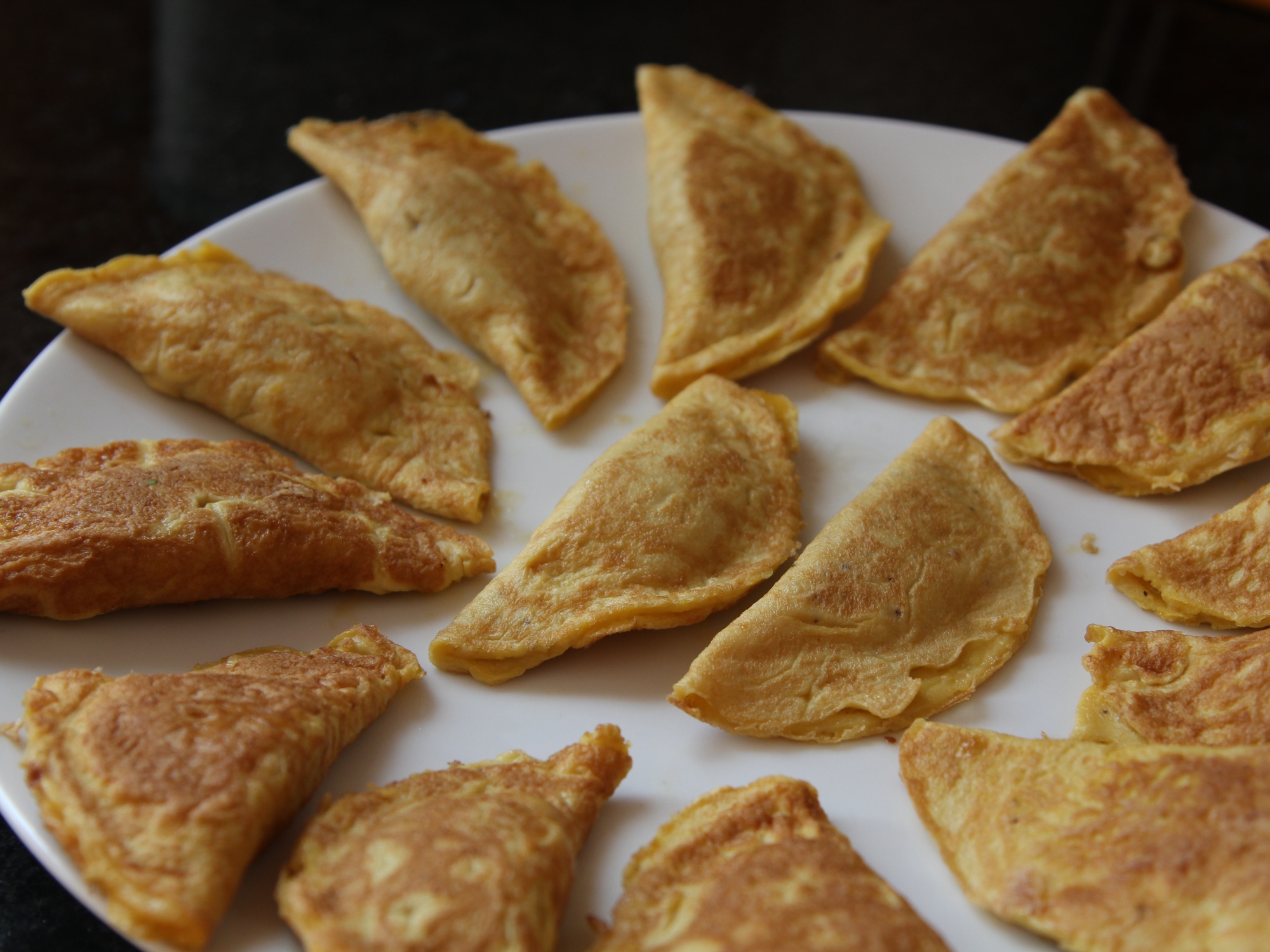 Because I was busy prepping and cooking for our feast #2, I barely had time to get some good pictures, but here are some shots. 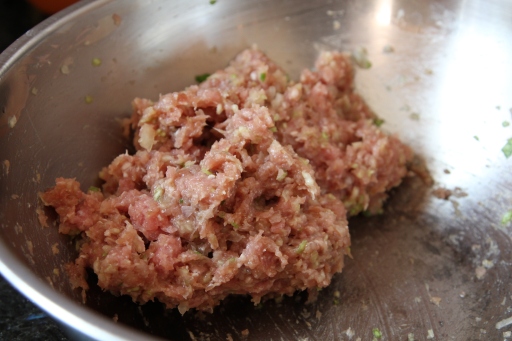 The egg wrapper is made from whisking eggs and some cornstarch together. The stuffing inside was the same mixture as the shrimp and pork meatball. These were very time consuming because I could only make 1 or 2 at a time, the egg wrapper had to be sealed before the eggs were fully cooked. I made these 2 days ahead and kept them frozen in a single layer to prevent sticking.

These were cooked in a big pot of soup, alongside the meatballs, bamboo shoots, fried bean curd, and some greens.

Stir-fried soybean sprouts with Cantonese sausages. This is a very simple dish, simply stir-fried with some garlic, ShaoXing wine, soy sauce, and sugar.

Pan-fried pork chop. The pork was pounded and flattened, coated with some cornstarch, pan-fried in olive oil. Once all the pork slices were browned, a simple sauce/glaze of Worcestershire and sugar was brought to a quick boil then use it to coat the pork. 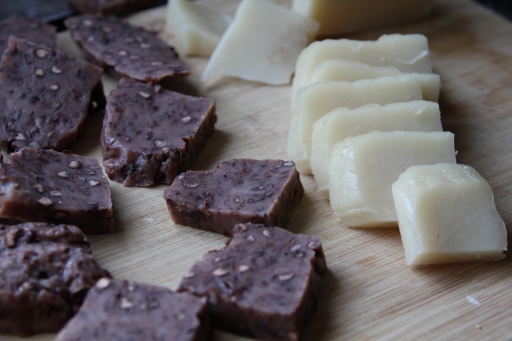 My Mom-in-law makes Nian-Gao every year. The purple one is made with azuki red beans and dried dates, the white one is with plain white sugar. These are glutinous rice cakes, it takes forever to steam! Freshly steamed rice cake has a very soft and sticky consistency and can be consumed as it. As it ages, the cake hardens. One can coat the slices with a simple egg batter and either fry or pan-fry them.

A quick shot of my steamed stripe bass. This was my 2nd steamed bass and I was very proud of how it turned out. I followed my mom’s instructions to the T. Very tender, flaky, and the sauce was just right. I also came across an almost identical recipe via Steamy Kitchen. She also suggested steaming fish filets instead of a whole fish if you’re not a fan. It is a tradition to have a whole fish on new year’s eve, it means that we will have a great year, from beginning to end. In the corner, you can also see a plate of spring rolls, ready to be fried! These were filled with pork, cabbage, and bamboo shoots.