Here are some really cool/unique/tasty snacks we have encountered in Europe.

Nutella and Go.
What a genius idea! I grew up with a very similar Asian version – the Yan Yan snacks, where you take these cookie sticks and dip them into either chocolate or strawberry flavored chocolate. But these nutella snacks took it to another level and added a compartment for lemon tea (it comes with a mini straw). It’s really the perfect snack on the go. 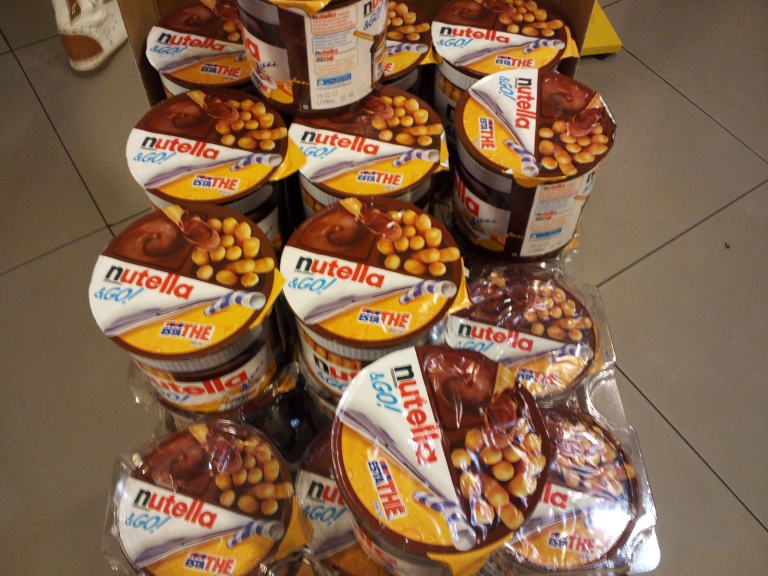 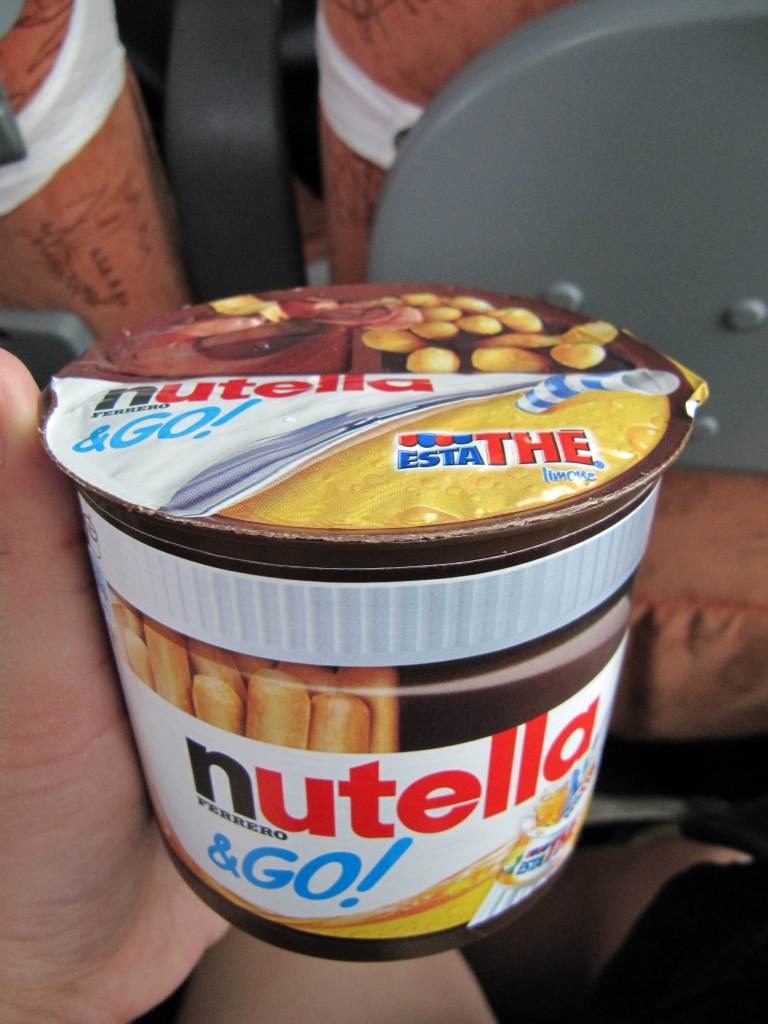 Pocket Espresso to Go.
We spotted these all over the Autogrills in Italy. Autogrills are these all-in-one super reststops with self service cafeteria, coffee bar, market, and restrooms. I got a pack of 8 because it was so unique but I never expected it to taste so good! After doing some reading online at home, I realized there is a huge following on these little packs of caffeine goodness, and they are unfortunately only available in Italy right now. The “to go” version” was made for the hotter months, but during the cooler months, the Pocket Coffee Espresso is available instead, and it is in the form of solid chocolates with a shot of espresso within. The solid chocolate version is available on Amazon, sometimes! 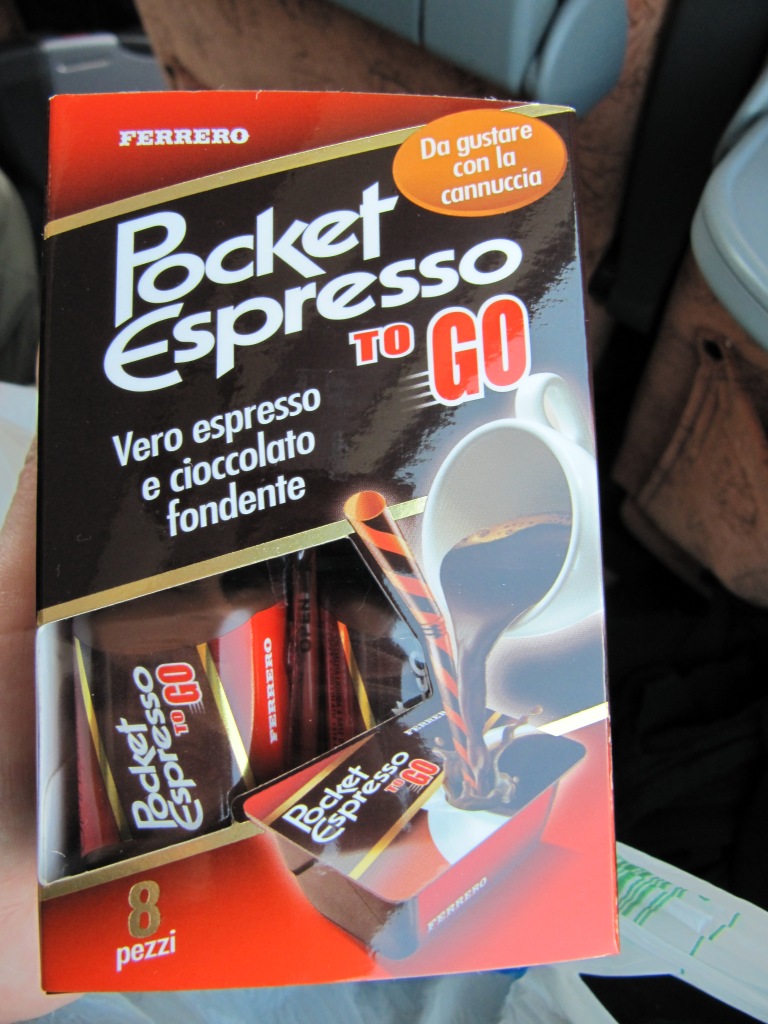 Haribo Candies/Gummies
We get the regular Haribo gummy bears at home, plus a few other varieties, but we saw proabably at least 50 other varieties all over Europe, not so much in UK though. (The last picture – the Haribo Citro-Balla (funny name!) was our favorite! ) 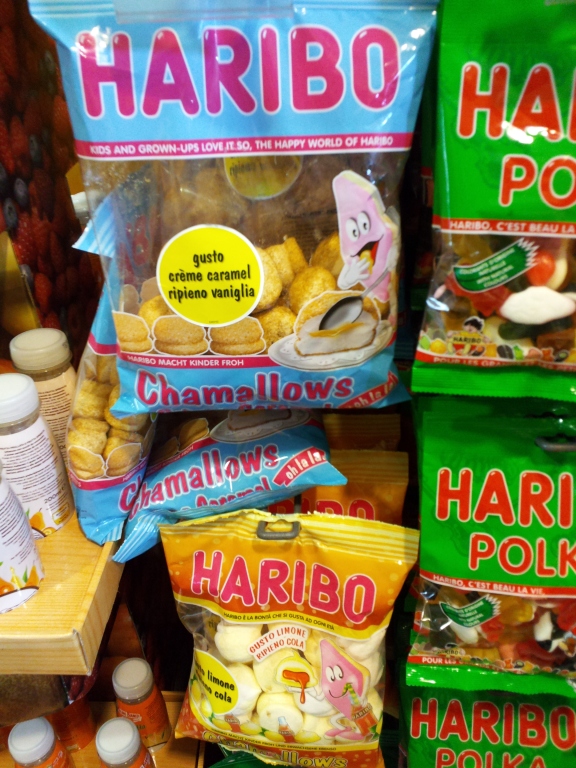 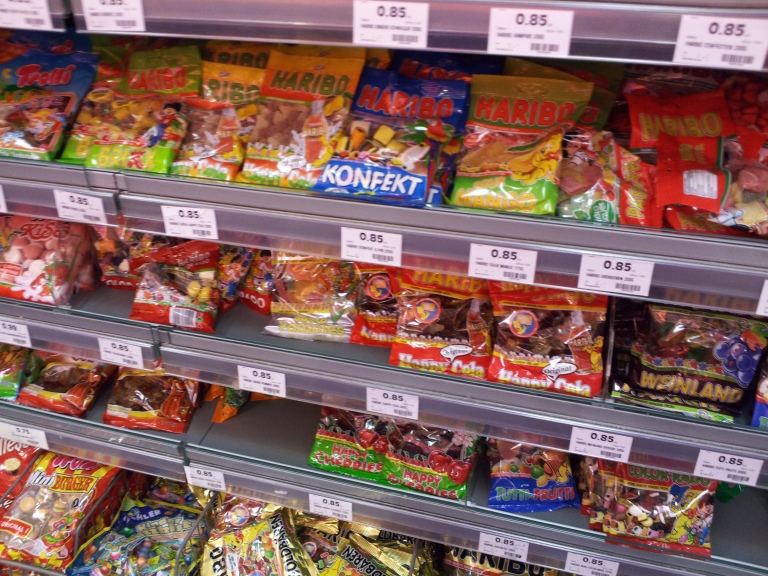 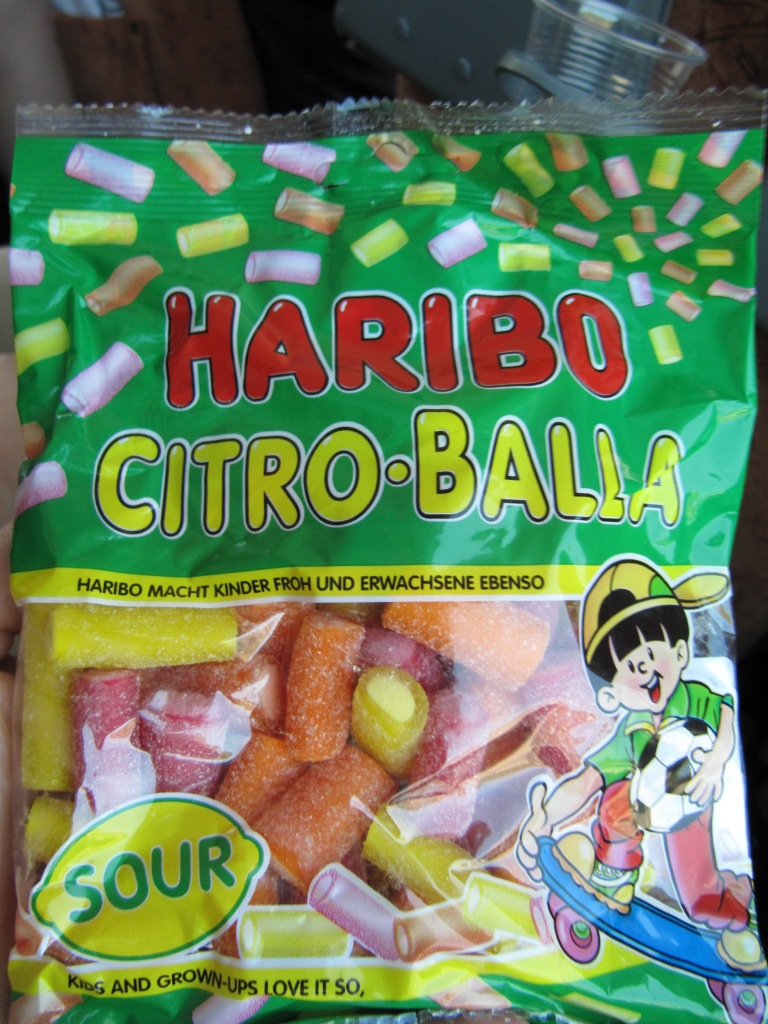 Elderflower Soda
Elderflower products are pretty common in Europe. We saw Elderflower cordial, liquer, soda, and even marshmallows. This soda was found in a small supermarket in Amsterdam, and it was gooood! Tasted a bit like a cross between grape juice and aloe drinks. 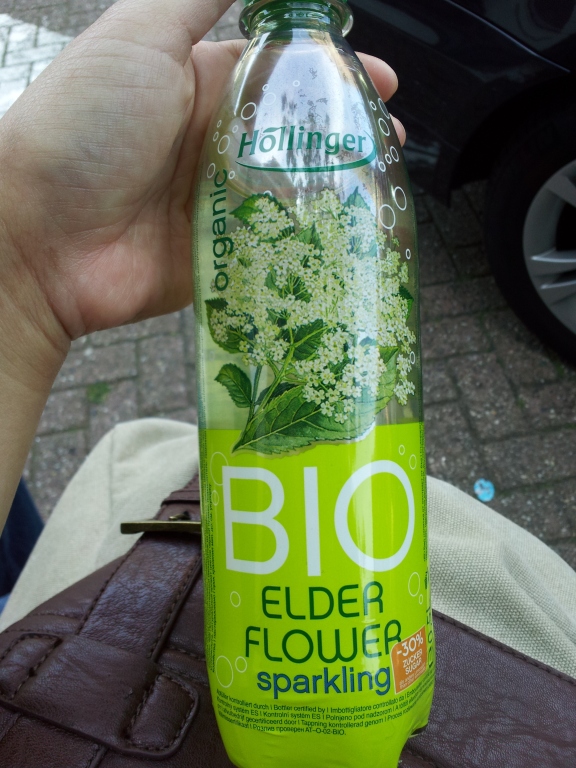 Rum + Cola…in a can?
While I’ve never seen these in any stores in the States before, I spotted a whole aisle of them in a German supermarket. Bacardi, Captain Morgan, Jack Daniels…There were quite a few other combinations as well. Pretty cool! 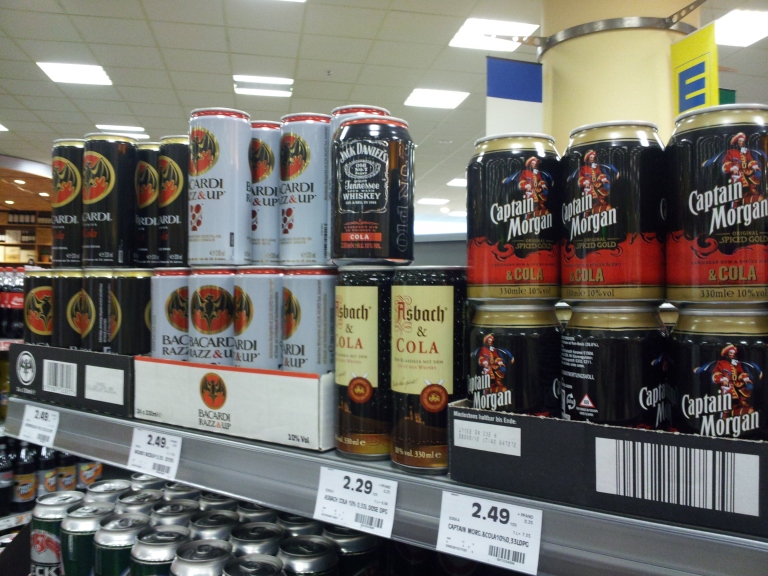 San Pellegrino Chino
We spotted this all over Italy, and had no idea what “chino” or “chinotto” was, our Austrian tour guide didn’t know either, and there was never any free wi-fi when we needed it! We tried one anyway, and it didn’t taste bad or anything, but we still couldn’t describe what it was. A little bitter, citrusy, slightly salty, kind of like a Chinese plum drink, at one point we thought it might’ve been an energy drink. Anyway, we found out that it’s essentially a small orange, mainly bitter and sour, primarily grown in Italy, and is the main flavoring ingredient for Italian amaris (bitters). 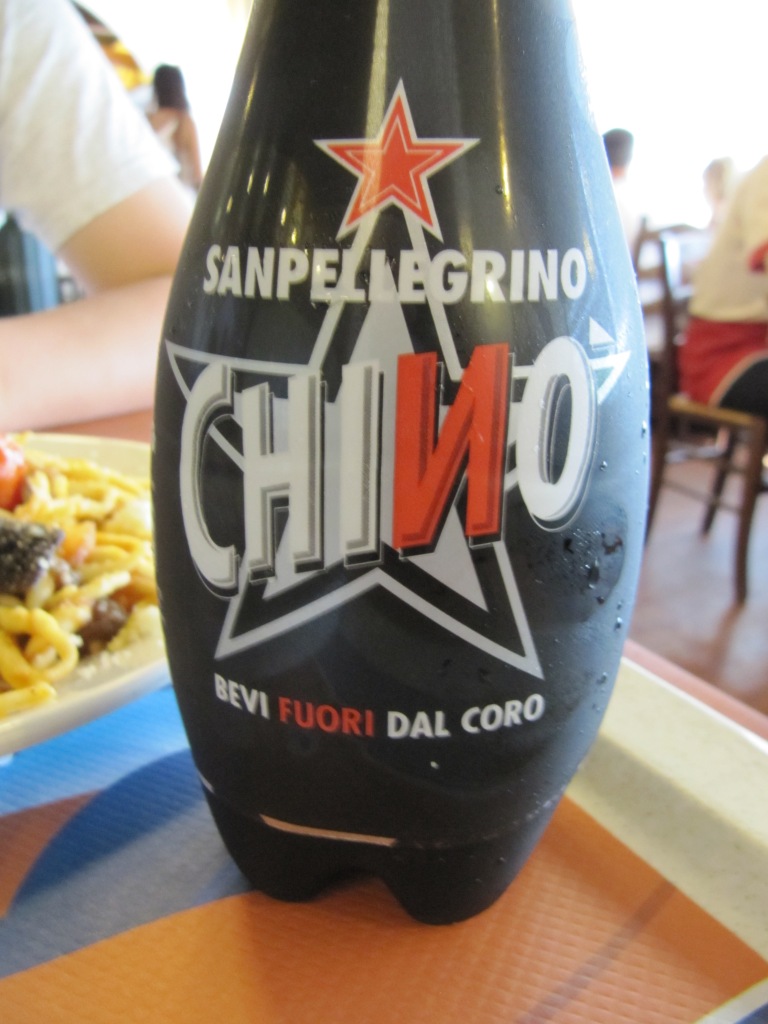 Bifi Snacks (shown with a Magnum ice cream bar, which is next! )
It’s a Jerky slash salami slash sausage, made by a German company. We spotted these in a gas station in Amsterdam. Joe mentioned that he used to live off of these when he visited his relatives in Belgium, so we had to get one to relive the good times. It was actually quite good! We also spotted other Bifi varieties such as the Bifi Roll (the same salami but wrapped in a roll), and another kind with pizza sauce. The concept with bread roll seemed kinda strange to me especially it was sold like a candy bar and not refrigerated… 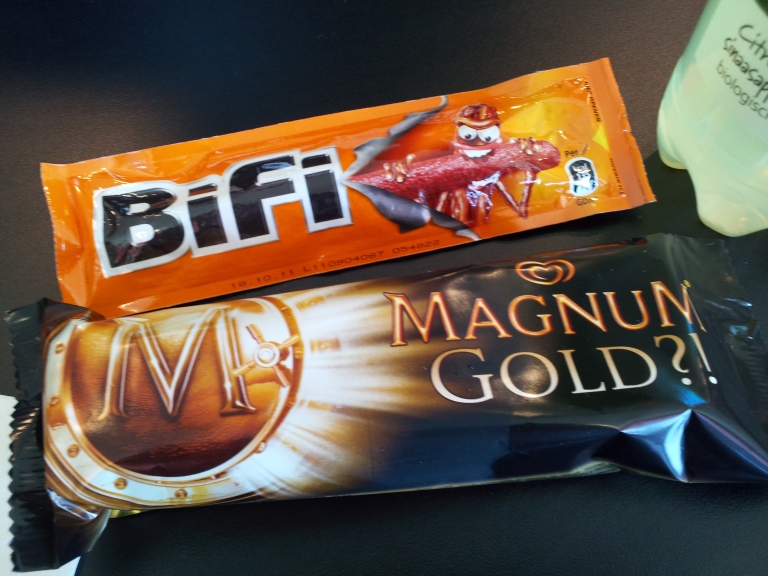 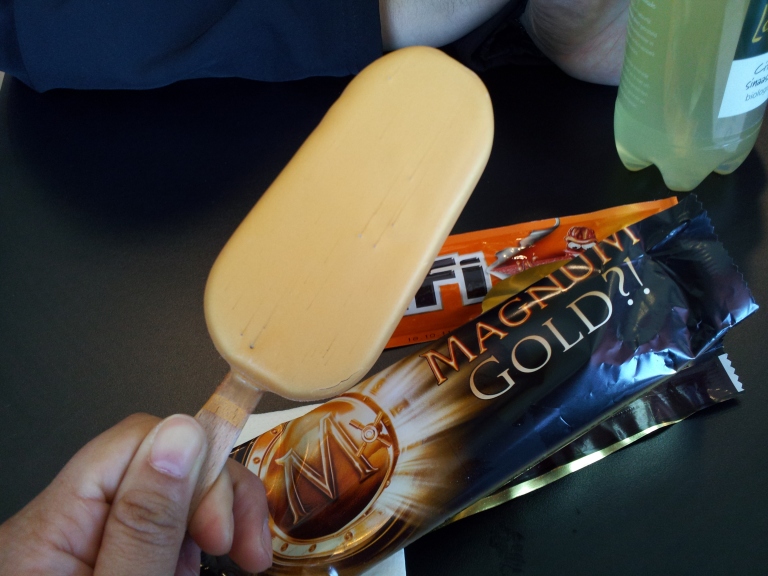 Cafe Zero
These are sort of like the frappucinos in Europe. They are stored in an ice chest, like ice cream bars. They are semi-frozen and all you need to do is to open the lid, remove the seal, stir it with the straw and drink away. They come in Espresso, Mochacchino, Capuccino, and this fruity one that was allegedly not so good (peach with ginger) 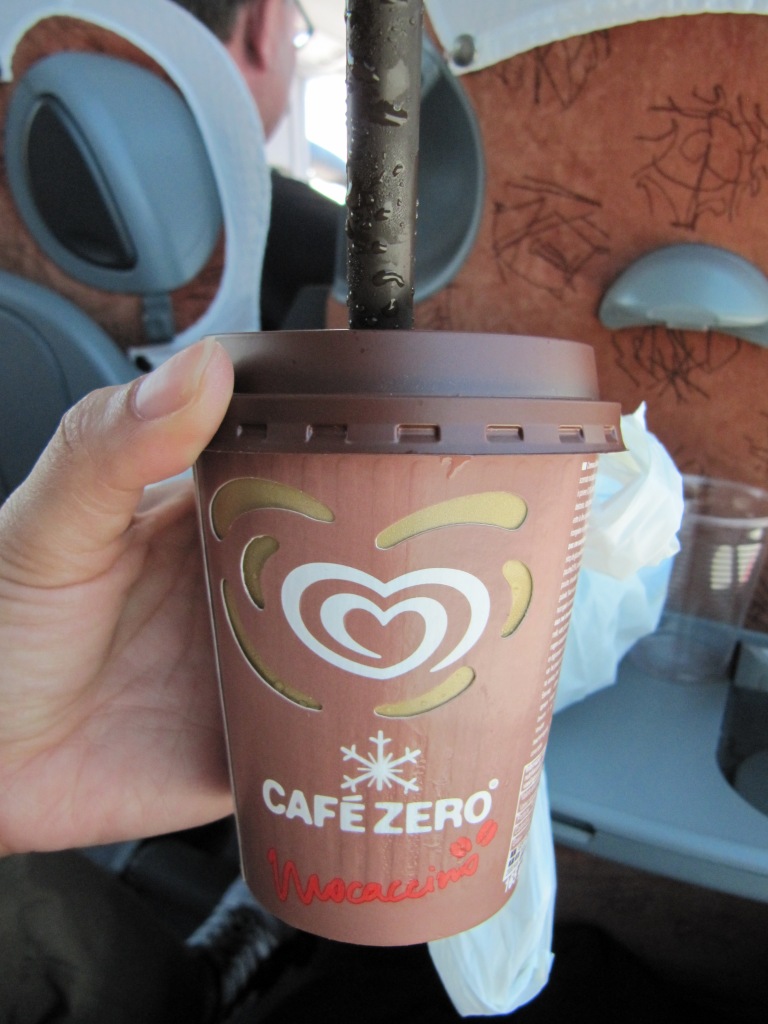 And did you think I was going to leave out GELATO??
Gelaterias were everywhere, especially in Italy. Near any major tourist attractions, you can spot a gelateria every block. We mostly tried the fruity flavors and sorbet because it was way too hot (over 95 to 100 daily plus the humidity), but I have to say the best flavors we had were from a bar near the Vatican – Pistachio and Caramel. The caramel one even had little bits of caramel crunch in the gelato! (by the way, the word “bar” is used differently than in the States. In Italy, a “bar” is usually a small shop that serves espresso, paninis, gelatos, and granitas. Sometimes you can get wine or beer.) 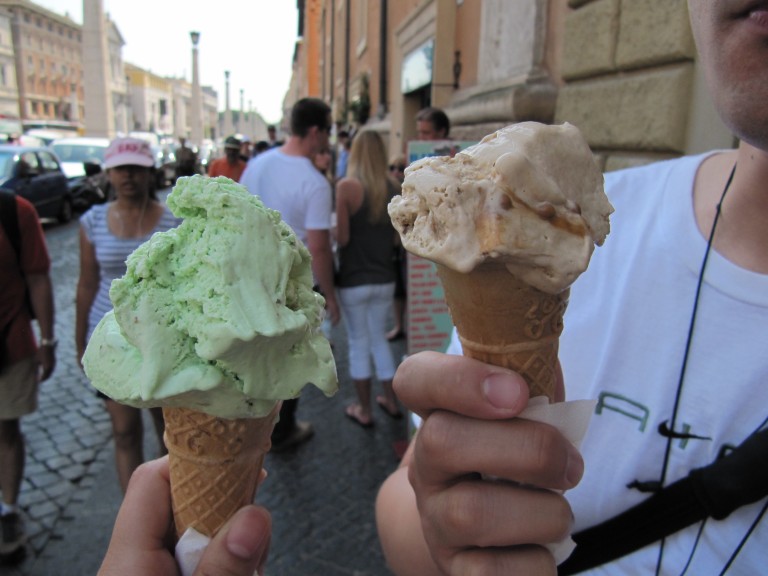